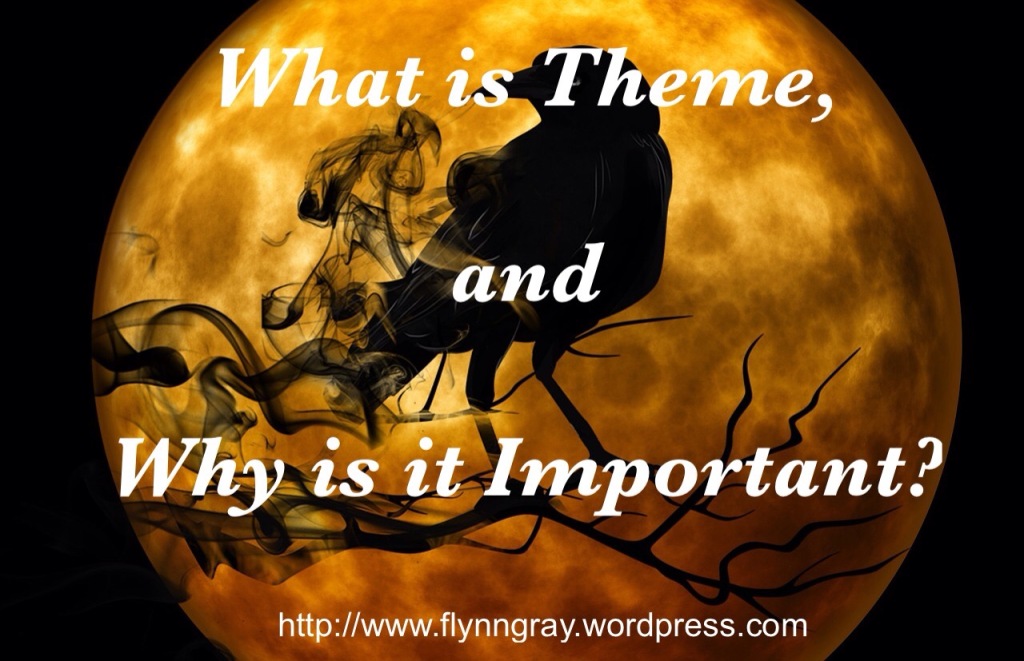 Theme. As someone who has had some difficulty grasping this seemingly obscure concept, I decided to write this post with two goals in mind. The first was to improve my own understanding of theme, while the second was to hopefully help anyone else that has the same problem.

So, What is Theme?

Theme is the heart of a story, the gooey caramel centre that holds it together in a cohesive whole and gives it meaning. This answer, however, though somewhat poetic, is more suited to the question of why theme is important, rather than what exactly it is.

Theme is the idea, the meaning behind a story. The themes of the story ‘are those ideas, patterns and issues’ which the story ‘ keeps returning to and re-examining.’ (Schaefer & Diamond, The Creative Writing Guide, 1998, p. 166).

‘Fiction is a … subtle art, one that demands the reader to experience what the characters experience and thereby gain empathy for them, and it is from this human empathy that the readers learn of the story’s thematic concern.’ (Knorr & Schell, Mooring Against the Tide: Writing Fiction and Poetry, 2001, p. 207.)

In determining theme, ask yourself:

As an example, consider Stephen King’s Carrie. There are several clear themes, including religion and sin, and the associated guilt and blame; loneliness as a destructive force and the human need for love and acceptance; and revenge and the violence that can result when these basic human needs aren’t met and an individual is pushed to their limits.

These themes can be observed utilising the list of questions above:

There is undoubtedly much more that can be said on the thematic content of Carrie, this is just a quick overview as an example.

As a final consideration, here are just a few of the common themes that can be observed in many stories:

Why is Theme Important?

Theme creates meaning and therefore emotional impact, which is the difference between a mediocre story and a great story that resonates with readers. Theme adds depth and cohesion, and, for a writer, a good understanding of theme is necessary to craft great stories that readers will love.

However, a writer doesn’t always have to know the theme/s before they begin writing. As noted by Knorr & Schell, ‘writing is a process of discovery, and if the writer learns nothing new, chances are the reader will not, either… Once the writer finishes several drafts of a story, she may come to learn what her story means and this knowledge allows her to clarify this meaning in subsequent drafts if it is too mute.’

In one of my own examples, when beginning my current novel-in-progress, I had a fully formulated outline, complete set of character bibles and was nearly 20,000 words into the first draft before the themes started to emerge.

Becoming overly concerned with theme, however, can lead to ‘preaching’ to your readers in order to hammer your ideas home by overtly manipulating the story. By all means, utilise theme to create meaning, depth and cohesion, subtly add motifs and symbols to enhance your theme where necessary, but don’t let it get in the way of the story. Subtlety is key.

The article has been a journey of discovery for me, and hopefully, if you are still reading it means I didn’t lose you along the way. In researching and writing this article I have clarified my understanding of themes greatly. At least now I can identify themes, in my own work and in others, and use this knowledge to craft more meaningful stories. Hopefully, this article will help you to do the same.

5 thoughts on “What is Theme, and Why is it Important?”